Make a Mormon Poet a #1 Bestseller this Saturday (23 May)

If I can get a few dozen people to buy my $3 Kindle book this weekend, I can became a #1 bestseller. Let me explain:

A little over a month ago, I released an eBook of my religious poetry.

I did it without much fanfare. I had promised myself that I would finish the collection in time for a Passover release (what can I say? I may be a Mormon, but I like releasing books on Jewish holidays). I made that goal partly by doing no promotional work whatsoever. 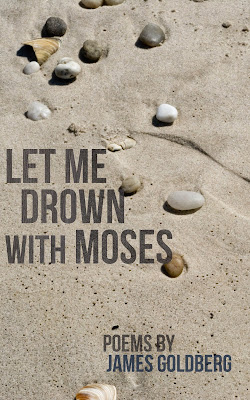 If I remember right, I sold 18 copies in the first three days, probably mostly to cousins. Given that the book is made up of poetry, which no one buys anymore in the first place, and about Mormon themes, which no one has bought since Eliza R. Snow died, I felt like 18 copies was pretty decent.

I had no idea how good it was by the standards of the market. As it turned out, those 18 sales took me to the #3 sales rank for religious/inspirational poetry in the Kindle store--trailing only a collection of poems by Rumi and Lao Tzu's Tao Te Ching.

Sales slowed down after that and I went back to the usual non-promotion. When I checked again yesterday, my eBook was at #52 in the Kindle store's religious/inspirational poetry list...on the strength of a single sale the day before.

That was fun. But I want more. Having had a taste of charts I had never expected to climb, I have decided to fight for the top spot. I want my Mormon poems to hit #1.

I will, of course, need your help. I want you to buy Let Me Drown With Moses this Saturday. I want you to tell your friends to buy my book this Saturday. It would be lovely if you also read it, but I'm not picky. I just need a few dozen people to make sure I pass up Rumi. For $3, you can be a part of the dream. And maybe years from now, when religious poetry is wildly popular again and all the great Mormon poets are treated like rock stars, you'll be able to tell your grandchildren: I was part of the wave that carried Goldberg to #1 back in the day. And they'll look at you with big, awe-filled eyes and say "Really?" And you'll nod in a sagely, if slightly senile sort of way, and say, "Yes."

Update: Thanks to those of you who helped this happen on Saturday, May 23. As it happened, Let Me Drown With Moses also topped the somewhat-more-competitive lists of books about Mormonism. Here's a picture:

Posted by James Goldberg at 5:39 AM