The Mormon Lit Blitz has officially begun. For the rest of February, you can read one new very short piece of Mormon Literature every day--and then vote at the beginning of March for the Grand Prize winner. 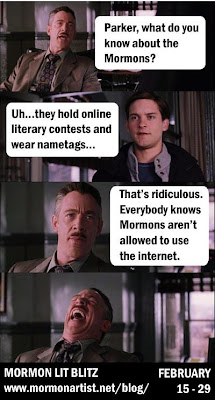 I love this Lit Blitz ad because it reminds me of when
people used to think I was Amish. 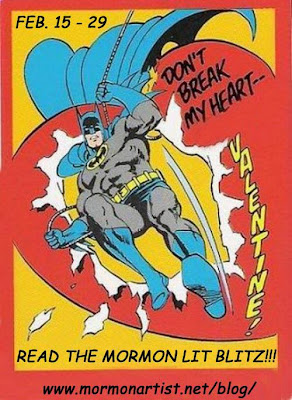 I like this Lit Blitz ad because it's awesome.

If you read this blog, but don't want to bother with the Mormon Lit Blitz entries, you confuse me. Take me word for it: the thirteen poems, essays, and stories left in the contest are all either interesting or fun (and often both!) and none of them should take more than about three minutes of your time.

So go already!
Posted by James Goldberg at 11:08 PM